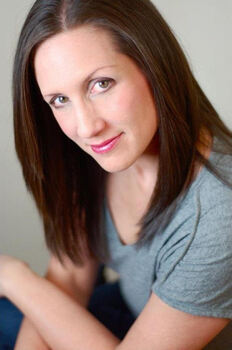 Tell us a bit about yourself, where you're from (local or otherwise), what are your mixed races?
I have always been drawn to performing for as long as I can remember. My love and interest in singing and acting grew out of admiration for other artists I saw in TV, movies, and variety shows back in the day. I didn’t really know how to go about pursuing it but I knew it was something I really wanted to do. Throughout the years, I have had the pleasure of working in both professional and community theaters in New York State and throughout Eastern and Western Massachusetts including Majestic Theater, Bristol Valley Theater, Exit 7 Players, Vokes Players, Concord Players, Hovey Players, Arlington Friends of the Drama, and The Umbrella, among others. Favorite roles include “Sally Bowles” in Cabaret, “Diana” in Next to Normal, “Sister Robert Anne” in Nunsense, “Helen Bechdel” in Fun Home, and “Annie Cannon” in Silent Sky, to name a few. I grew up in Cazenovia, NY and my family moved to MA in 1991 after my father got transferred for work. My father also grew up in Cazenovia, NY while my Mother grew up in Manila, Philippines. My Mother immigrated with her family to Canada and then the US when she was 16 years old. I am proud to be a mixture of Filipino, Spanish, Portuguese, Chinese, German, Irish, and French Canadian. ​

How did you come into theater?  Why has theater been an important part of your life?
From a very early age, I always had aspirations of becoming a professional singer/actor. Although I spent most of my time “pretending” or singing at home behind closed doors, I finally started dipping my toes in while in the Middle School Chorus auditioning for solos. My freshman year in High School I got cast in my first small role in the Drama Club Production of “The Sound of Music” and sang a duet with a friend in the town Talent Show that same year. After I got cast in my first lead role in the Spring Musical my Sophomore year in High School there was no turning back. My love for theater continued to grow. I participated in an acting workshop at Syracuse Stage in Syracuse, NY and went on to SUNY Fredonia and earned a BFA in Musical Theatre. Theater has always been a place of comfort for me. If I didn’t feel like I fit in anywhere else I always felt at home in a theater. When I’m onstage I feel like that’s where I belong. It’s one of the places in my life where I feel the most confident and competent and I enjoy the camaraderie with fellow cast and crew members. Some of the most special friendships I have where made in the theatre. It is such a huge part of who I am. I can’t imagine what my life would have been like without the theatre.

Was there a moment in your theater life that affected you because of race? And what happened and what did you learn?
I have never let my mixed race affect me and my theater endeavors. It has never become an issue for me. In fact, most people I know don’t even realize what my background is without me telling them.

Have you been told that your "looks" are ambiguous, that you "could play anything," etc, and how did that impact your outlook on theater casting? Did it inform your audition strategy? Why?
I have never been outwardly told that my “looks” are ambiguous but I have been told many times that I “could play anything”. I have always auditioned for any role that I felt I fit. Oddly, I would never think to audition for an Asian or Pacific Islander role because I know I don’t look like I am those things, even though I am partially. I am aware that those particular traits aren’t outwardly evident in my appearance.​

With all of this growing education and awareness of making theater diverse, inclusive, and equitable, how do you see the theater landscape changing in the immediate future/long term?
With everything we have been through in society, especially in the past year, I think theater will no doubt become more inclusive and diverse. I believe there will be more opportunities for POC in all areas of the theater. It is becoming increasingly evident in area theaters asking themselves how they can make a difference and working to implement these changes. I look forward to the day when theaters are able to operate again under normal conditions so we can all begin to appreciate the fruits of our labor in regard to making theater more diverse, inclusive, and equitable.